It’s that time again, another what’s new in beauty post! April is already shaping up to have some interesting launches, so let’s break down what’s coming out and my thoughts on whether it’s a buy or pass.

bh cosmetics festival collection (april 20, price varies): Seriously, it’s festival season again…which I feel takes up the whole dang year. BH Comestics is coming out with a 20 shade eyeshadow palette ($18), a 10 piece brush set ($24) and 6 eyelights ($7 ea), a new liquid eyeshadow. This has been one of the more colorful releases I’ve seen and the eyeshadow palette looks like it would be a fun all-in-one palette. You have some neutrals, pops of color, different finishes…and it doesn’t look too bulky. I’ll be passing on the collection, mainly because I rarely wear color and I have colorful eyeshadows already. But, if you like the shades and don’t own too many colored shadows and want to branch out, this is a good price point. The brush set would be a nice beginner set, but probably something you could pass on if you (like me) have a collection of brushes.

kat von d brow collection (april 20th, price varies): Kat Von D is coming out with 5 brow products, including a powder, brushes, highlighting powder, precision pencil and pomade. These items are pretty standard for a brow collection and will come in 7 neutral brow shades. I’m not much of a powder or pomade kind of girl, so the only thing that I’m interested in is the pencil. I do like it’s a super skinny pencil (a la the ABH Brow Wiz), but I’m hoping they have a cool-toned black pencil. If not, I’ll probably be passing as everything would be too warm for me.

kkw beauty x makeup by mario (april 5th, prices TBD): Mario, Kim K.W.’s master makeup artist is collaborating with KKW Beauty to release an eyeshadow palette, a nude lipstick and 2 glosses. The eyeshadow palette looks stunning – with gorgeous jewel tones, mixed with some warm tones. Makeup by Mario previously partnered with ABH on a limited edition palette, so those who missed out on that release could snatch this up. Knowing that I have too. many. damn eyeshadow palettes, this is a safe pass for me. There is probably one or two shades that I am slightly interested in, but I’ll probably find a dupe or similar color with a different brand if I really, really want it. I’ll also be passing on the lip products because (let’s be real) I have an abundance of lipsticks and don’t need another one gathering dust.

mac x patrickstarrr floral realness collection (april 16, $49.50): This is the second wave of the macxpatrickstarr collab and this time, we’re seeing 2 face kits. Each kit will have a lipstick, lipglasses, eyeshadow quad and a blush duo. They’re really leaving into the bright colors for spring and it’s one of the more interesting beauty youtuber collabs I have seen. I do like the me so chic set (but that name is awful) because the quad looks really well thought out and the blush duo looks like it would suit me. Though, I wouldn’t buy a $50 set for only two things.

marc jacobs coconut collection (april 24th, price varies): First up is the return of the infamous tan-tasic o!mega bronzer, which was a hit last year. I didn’t pick it up the first time around because I only heard about it after it’s been released and it’s been sold out for ages. They’re bringing it back permanently (yay!) and they’re releasing a special edition version with rose gold hardware instead of the regular silver. On top of that, we’re getting a second version of the dew drops liquid highlighter, a coconut setting powder, and new eyehadow palette. The all-white packaging is calling out my name and I’m genuinely interested in this collection. I’d be interested in seeing swatches of the eyeshadow palette and reviews of the setting powder.

benefit cosmetics’ hello happy foundation (tbd): Benefit is known for their lack of diversity when it comes to their foundation shade ranges and this is no different. Please, Benefit, start catering to other skintones. 12 shades is definitely not enough. I’m going to be passing on this.

jouer cosmetics high coverage cream foundation shade extension (april 5, $38): While this isn’t a new launch, this is pretty darn exciting. Jouer is expanding the shade range of their high coverage cream foundation from 16 shades to 50 (yes, you read that right). There will be a variety of undertones available along the skin tone spectrum. The foundation claims to be matte and is oil free. My biggest gripe is that you only get 0.68 oz, less than the typical 1 oz of other foundations. However, it has a “concentrated formula,” so you only need a little for your whole face. I’m not sure if I buy that, so I’ll be keeping eyes out on more reviews once the shade range expands.

sunday riley influencer foundation (out now, $42): The new influencer foundation comes in 20 shades and from the skincare giant known for their good genes serum. While the shade range isn’t terrible, there is more light shades than there are dark shades. It’s supposed to be lightweight, longwear with a satin-matte finish with a medium to full coverage that covers redness and large pores without dehydrating your skin. That is a whole lot of claims, so this will be one to wait for reviews before purchasing. I’m skeptical that it could do all of those things and I don’t need to try a new foundation that might not work for my skin tone and type. I might grab a sample from Sephora, but I will likely pass for the time being.

melt makeup baby girl stack (date TBD, $58): This was originally meant to launch in March, but the launch was pushed back to April. Melt is known for their high-quality, curated eyeshadow stacks. The baby girl stack features 5 warm eyeshadows, in the orange and coral color family. There are 2 shimmer shades and 3 mattes. This reminds me of what dose of colors did with their 5-pan eyeshadow monochromatic palettes, but there isn’t a ton of variety with these shades. You could probably do 2-3 looks with these five colors – so it’s more of an addition to your collection than a one and done palette. However, given the price, unless you absolutely love every single shade and it’s unique to your collection, you could probably find dupes or similar enough shades for a much lower price point.

tarte cosmetics h2o glosses (april 16th, price TBD): This year will continue to be the year of glossy lips and Tarte is going to be coming out with their version. It will have 14 shades and they’ll have different finishes. For me, I’m going to be passing on this release – glossy lips aren’t my thing and I’m currently not buying any Tarte products.

Wow, that is a ton of launches and more will probably be announced as the month rolls on. What collections are you looking forward to? 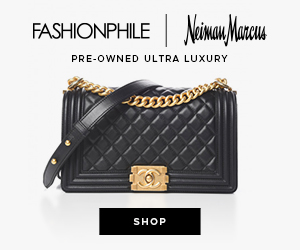